THE FUTURE OF AMERICAN JUSTICE

ROBOCOP
Arriving on Digital HD May 20 and on Blu-ray,
June 3

In RoboCop, the year is 2028 and OmniCorp – the world’s leader in robot technology – sees a golden opportunity to reap billions for their company. When Alex Murphy (Joel Kinnaman) – a loving husband, father and good cop doing his best to stem the tide of crime and corruption in Detroit – is critically injured, OmniCorp grabs their chance to build a part-man, part-robot police officer. OmniCorp envisions a RoboCop in every city and will stop at nothing – no matter the cost to Alex – to make sure the program succeeds. But OmniCorp never counted on one thing: there is still a man fighting inside the machine.

To celebrate the release of RoboCop on Blu-ray, and VOD, 1Heart1Family decided to look at 5 famous remakes that are Kid friendly. 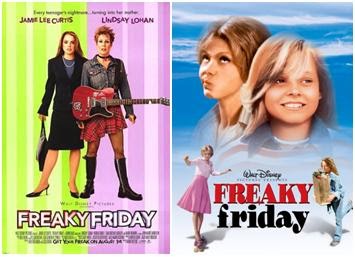 Freaky Friday was one of my favourite movies growing up. The story is about a Mother and Daughter who can’t see eye to eye. When they both wish they could trade places, they are surprised to wake up in the other body and forces them to see their lives through each other’s eyes. The original was released in 1976 staring Jodie Foster and Barbara Harris. In 2003, a modern day version of an overworked mother and a jealous teen starring Lindsay and Jamie Lee Curtis updated this classic movie 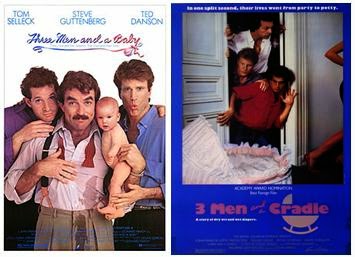 What happens when new mother drops her infant off at her baby’s daddy’s bachelor pad in the middle of the night? The biggest hit movie of 1987, Three Men and a Baby was a remake of the 1985 French film,Three Men and a Cradle. Tom Sellec, Steve Guttenberg, and Ted Danson star as three bachelors who are forced to take care of a baby left at their doorstep. Mix in a few drug dealers and you’ve got one of the funniest and most popular movies ever remade!

3. The Secret Life of Walter Mitty 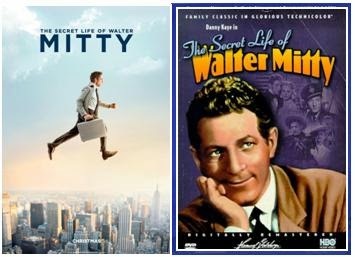 Have you ever dreamt of being someone different? A mountain climber or an adventure hunter in the amazon? For those whose kids are dreamers, The Secret Life of Walter Mitty is a joy to watch. A 2013 remake of the 1947 film of the same name, it stars Ben Stiller as the titular character, along with Kristen Wiig, Sean Penn, and Adam Scott. 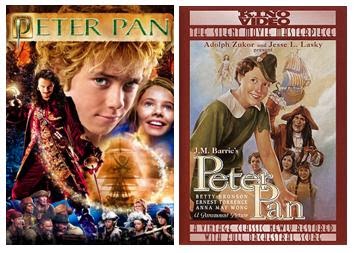 A classic bedtime story of a boy who never grows up, fairy dust, flying, and evil pirates has been told to every child who dreamt of world far far away.The 2003 remake of Peter Pan is a live-action version filled with playful children, fantasy, and romance that to the kid in all of us. 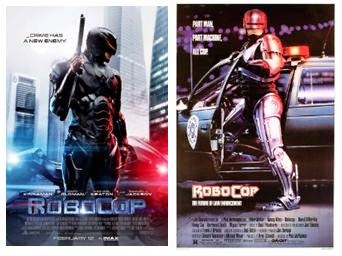 The newest remake to hit the theaters is Robocop. Whether it’s 2028 Detroit or a dystopic Detroit from 1987, when Alex Murphy – a loving husband, father and good cop – is critically injured in the line of duty, the multinational conglomerate OmniCor sees their chance for a part-man, part-robot police officer.

Here’s your chance to own this remake!! Enter to #win a blueray copy of Robocop 2014!