Available on Blu-ray and DVD October 22

The Internship reunited two of the central members of the frat pack, Owen Wilson and Vince Vaughn. The guys from the frat pack have been creating comedic gold for years now. In honor of the home entertainment release of the newest frat pack film, let’s take a look back at some of the greatest moments from the pack.

In The Internship, Vince Vaughn and Owen Wilson team up to crash the digital world in this laugh-out-loud buddy comedy you’ve been searching for! Trying to reboot their obsolete careers, old-school salesmen Billy (Vaughn) and Nick (Wilson) talk their way into an internship program at the state-of-the-art Google campus, vying for a handful of spots among tech-savvy college students who are half their age and twice as smart. The competition is fiercely funny as Billy and Nick break all the rules in a hilarious quest to land their dream jobs!

From the moment I heard that Owen Wilson and Vince Vaughn has paired up again to create a comedy, I knew I had to see it. The chemistry they have on screen, from Vaughn’s dry, monotone remarks to Wilson’s excited, simplistic nature, provides hours and hours of laughter that can be watch over again without losing its impact! From the opening karaoke of Alanis Morissette’s “Isn’t Ironic?” to the balcony pizza throw, I was in stitches. I loved how the movie taught us that you are never too old to start again and the power of friendship will get you through anything. If you are looking for an inspiring movie that will keep you laughing, then this movie is for you!

Warning: there is a strip bar scene, that is not suitable for younger audiences!

What is your favourite Frat Pack Movie?

Here are a few of mine! 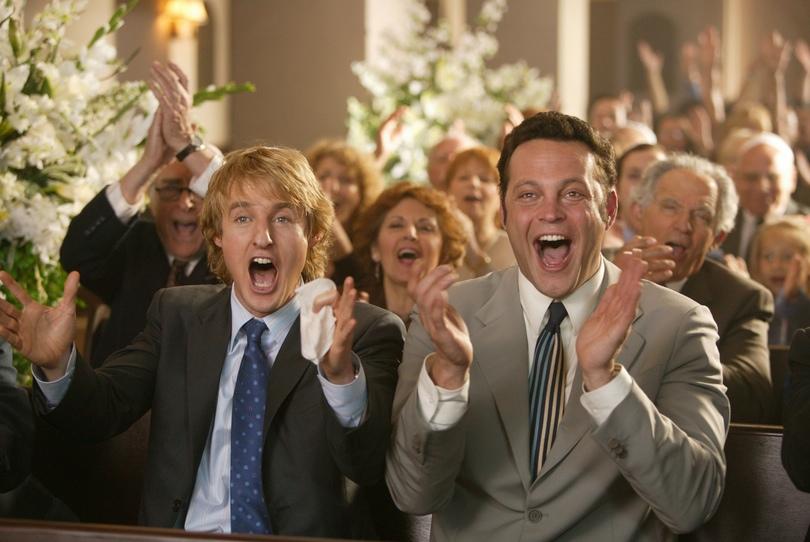 Wedding Crashers, the film that proved Wilson and Vaughn had perfect comedic chemistry, brought the laughter and good times. To this day, men still dream of crashing a wedding with John and Jeremy. Maybe they can’t fulfill their dreams, but everyone can rest assured knowing the rules of wedding crashing; “blend in by standing out” to “be gone by the sunrise.” 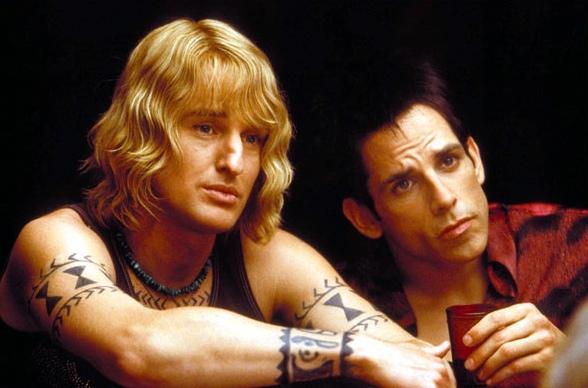 Zoolander is certainly one of the most memorable frat pack movies with Will Ferrell playing a crazed fashion designer and Owen Wilson and Ben Stiller taking on the role of two pretty boys. The Blue Steel look developed by Derek Zoolander will go down in movie history. Wilson and Stiller were hilarious as they portrayed self-centered models obsessed with perfecting their hair and their runway walk. 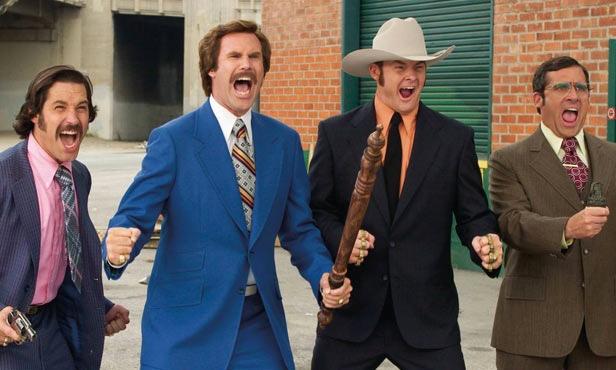 Ron Burgundy is arguably the best character that Will Ferrell has ever played. He is a legend, a ladies man, and a role model for friends like Brick and Champ. In a moment of sheer brilliance, Anchorman brought together six members of the frat pack for a street fight between anchormen. Five of the frat pack guys were representing various news channels and carrying weapons such as a trident, a wooden post, and a chain. 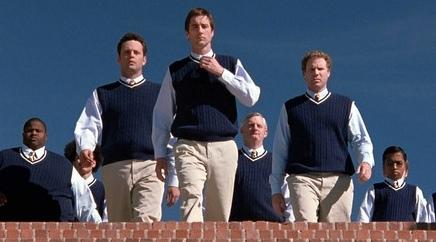 Many people consider Old School to be the golden ticket that brought the frat pack together and placed them on the map as the big names in comedy. Ferrell, Vaughn, and Wilson were hilarious as they went back to their glory days and reminded the audience why college is exactly where you want to be. This classic comedy is one that can be enjoyed for generations to come. 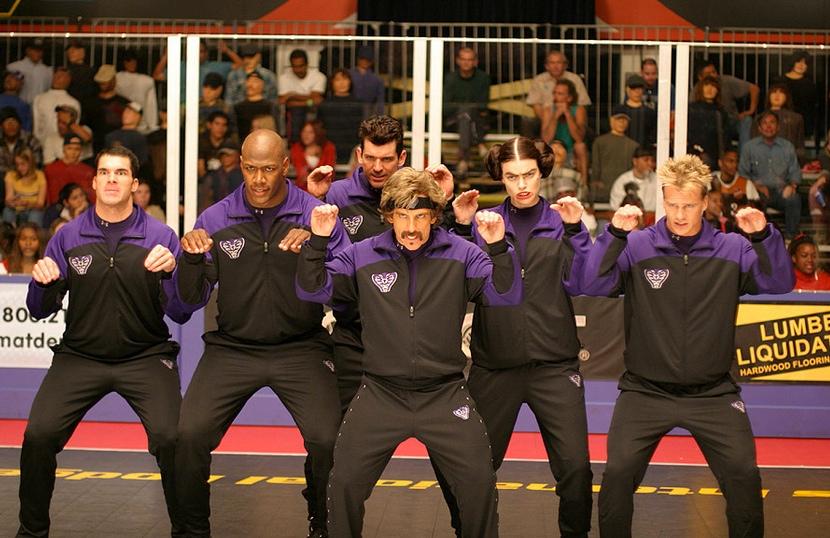 Who doesn’t love the idea of watching grown men and women dressed in uniforms and playing intense games of dodgeball? (Especially if two of those men are Vince Vaughn and Ben Stiller.) In the movie that taught us the five D’s of dodgeball: dodge, duck, dip, dive, and dodge, we got to witness another perfect moment between members of the frat pack. Dodgeball may have only had two members of the pack, but it definitely makes the list of the greatest frat pack movies!

One Lucky 1Heart1Family readers is going to get the opportunity to #win a copy of the Internship for their own collection! Enter below!

Open to Canada and US