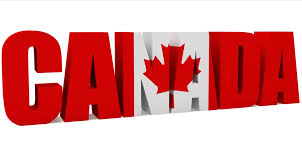 Many of us are born and raised in Canada, some move here later on in life and some people only come to visit. How much do you know about this glorious country? When I was in grade 10, I was on the History team. We studied all things Canada and competed among other schools in our area to win the Great Canadian History Challenge. It was a lot of work but I learned so much about this great country!

1. Which was the last province or territory to join Canada?

2. What is the oldest walled city that still exists north of Mexico?

3. Who was the first Prime Minister of Canada?

4. Where does the word Canada come from?

5. Which popular smartphone was developed in Canada?

Answers:
1. B Nunavut joined Confederation on April 1, 1999.
2. C Quebec City is the only city who’s walls have remained intact since1695, when they were first built.
3. D The first Prime minister was Sir John A MacDonald
4. A The St. Lawrence Iroquois people used the term Kanata to descibe a village or settlement in the 16th century. When French explorer, Jacques Cartier landed in Quebec, he miss understood and thought the native people where calling the country Canada and the name stuck.
5. b The world famous Blackberry Smartphone was developed at Research In Motion’s Waterloo Ontario facilities.
To learn how my family celebrates Canada Day visit this post!
From my family to yours have a great and safe Canada Weekend!
I am participating in the Great Canadian Blog Bash 2013
Visit these great Canadian Blogs to learn more about this glorious country!!